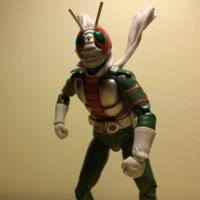 Demigod_Dan
Oh I forgot to say, my main game recently has actually been a mobile game can ya believe it, called "Lost in Paradise: Waifu connection" which is surprisingly 'not terrible'. I would even go as far as recommending that to you as it is actually playable for free (it gives some VIP exp each day) and it's like the one game which is dedicated to fully grown women entirely visually...even though some of the characters Age does not match the looks lmao, like you got a character looking almost like a milf and then the description is like "Age: 15".

Still, I'll take that over the visual loli pandering which almost always has to be inserted into anything for the sake of having a broader appeal. In any case it's a nice little time killer to take your mind off all the crap going on :)
Hace 8 meses⊛

Demigod_Dan
Haha hey bro, well same as you probably :) "These are dark times" pretty much applies huh! The delay of some key games like SMT V has made recent times especially rough to get through, but I'm at least looking forward to the upcoming few months in this regard.

You gonna pick up Diablo 2 Resurrected when it releases later this September despite the whole Actiblizz situation? For me that one is especially tough since it does mean lining the pockets of Kodick & co. but on the other hand I see it as a "lesser of 2 evils" thing (ironic huh xD) when you compare it to what else is out there on the market that you could be spending time and money on instead, which lands in woke territory real fast. Also never played the original D2 so I will be picking that one up :P not sure about the whole multiplayer part though since I'll be getting it for my Switch Lite; gotta get some damn use out of that thing heh...(only have FE3H and SMT Nocturne on it, lol)

But figure wise, yeah it's all downhill from there especially with the recent negative changes to shipping costs for EU citizens so haven't been very active at all in that regard. How about you, what's keeping you busy these days?
Hace 8 meses⊛

Ruler
Lol you sure are an anti VAT activist! Cant blame you though, new regulations are trash for this hobby (〒﹏〒)
Hace 9 meses

Demigod_Dan
You know it man! Hang in there, even with all the price hikes and trash entertainment values, glorious oppai will continue to exist and brighten our day :)
hace 1 año

MEGAMENE
Haha, you're welcome.
It's a bit boring at first but it gets easier the more you do it.
hace 2 años⊛

Heldrik
nyugvo6tell me more please. I wanted to get into it, even if it was just one figure.
About MCs and V3 bodies? Oh well, guess I can do that, although that'll probably hurt my soul a bit, but here goes.

When the infamous v3 bodies were released, starting with Siegfried, a lot of people noticed that, although they were good for complex poses because of their new joint suystem, the bodies were frail, and several pohotos were taken showing Siegfried's stomach donning a huge "scar", actually a hole that was like if you tried to bruteforce a butterknife through it.

I never had that problem (and even if I had, it'd be kinbda easy to hide it since the character would always wear his God Robe) with the Alpha God Warrior, but something else with the Zeta one: Syd's left arm was barely holding to the shoulder, and would sometimes fall. This was probably the straw that broke the camel's back, along with the facts that in order to have my MCs "stand", I had to use some Patafix (similar to Blu-Tack) and that meanwhile, Megahouse released an awesome scale of Athena.

To tell you the truth, it's one of my figure-related thwarted dreams: because of what I mentioned and absurdly high prices, I will most likely never ever be able to have the complete Asgard MC collection (the seven God Warriors, Bud, Hilda and Seiya in Odin's Robe) and that frustrates me deeply. Not to the point of sitting in a corner of my shower stall or in my bed and crying, but it still hurts.
hace 4 años⊛ 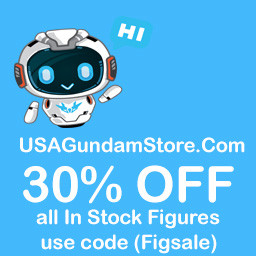