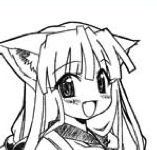 nekoblog catgirl enthusiast
My first purchase with this site was great, The figure came packaged nicely and came as described.

Thank you! I will be purchasing again! :)
Hace 8 meses

BellaRei
I have now purchased two figures from this company, both figures pretty rare now and hard to find. Each purchase has been an excellent and smooth transaction. Any questions I had were promptly answered and shipping was very fast. Would definitely recommend to anybody looking to purchase figures, I will definitely be using them again in the future! ^^
Hace 9 meses

Noobcollectiond
My first purchase with this site was a great experience. My figure came neatly packaged. I highly recommend this site and look forward to buying from them in the near future.
Hace 10 meses

xaznmages
Thank you. Just got my first figure from here.
Hace 10 meses

ToshiHakari
Thank you for the tip! I will most definitely try this, should the other things not work in removing the smell completely.

That being said, aside from the smell and the minor peg on one part that was broken and stuck in the figure, I am happy with the condition the figure is in :)
Hace 10 meses⊛

thank you for getting in touch with me! My order number was 5689. I am currently trying to get the smell out of it by putting it in a box with scented dryer sheets and cat litter. I read that this should give me good results in a few days.
Hace 10 meses

ToshiHakari
I received my first figure from JFigure today. The figure was described as being in A/A condition and I'd say it's accurate. Aside from the fact that unfortunately a small peg of a part broke off and got stuck in the figure and there are two tiny color marks on the back of the head, it's fine.

What I'm not happy about, however, is that the figure was pre-owned by a smoker and smells of smoke, which is really annoying for me as a non-smoker. Had I known this I might not have ordered it. I'm currently trying to get the smell out of it (if that even works) but I'm bummed. For that reason I will probably not buy a pre-owned figure again.
Hace 10 meses

kimi_c
got two figures from them. Got a small discount on shipping as they notified me the condition was slightly inaccurate which was a nice offer. Sadly one of the figure's parts came loose due to the lack of blister packaging around the figure but I did apricate they did try to bubble wrap the hell out of the figure it just sucks the bunny ear still came loose since it's pretty fragile. I end up super gluing it back on so it wasn't too bad.
Over all will order again from them again :)
Hace 11 meses

guccilittlepiggy
Had a good experience with my first order from JFigure. Good customer service. The figure I bought was rated A/A. Figure was in excellent condition, no noticeable issues; it even had all of the original protective plastic sheets around the figure, and the (very basic) instructions. Box had a small tear and was marked up a bit. Not a big deal, but worse than I expected. Expect a slower turnaround time between placing your order and shipping; they're very upfront about that. Will order here again.
hace 1 año

Warhammerfrog
Fantastic shop. Have bought a couple of figures from here and have never had a probem.
hace 1 año
Ver más comentarios