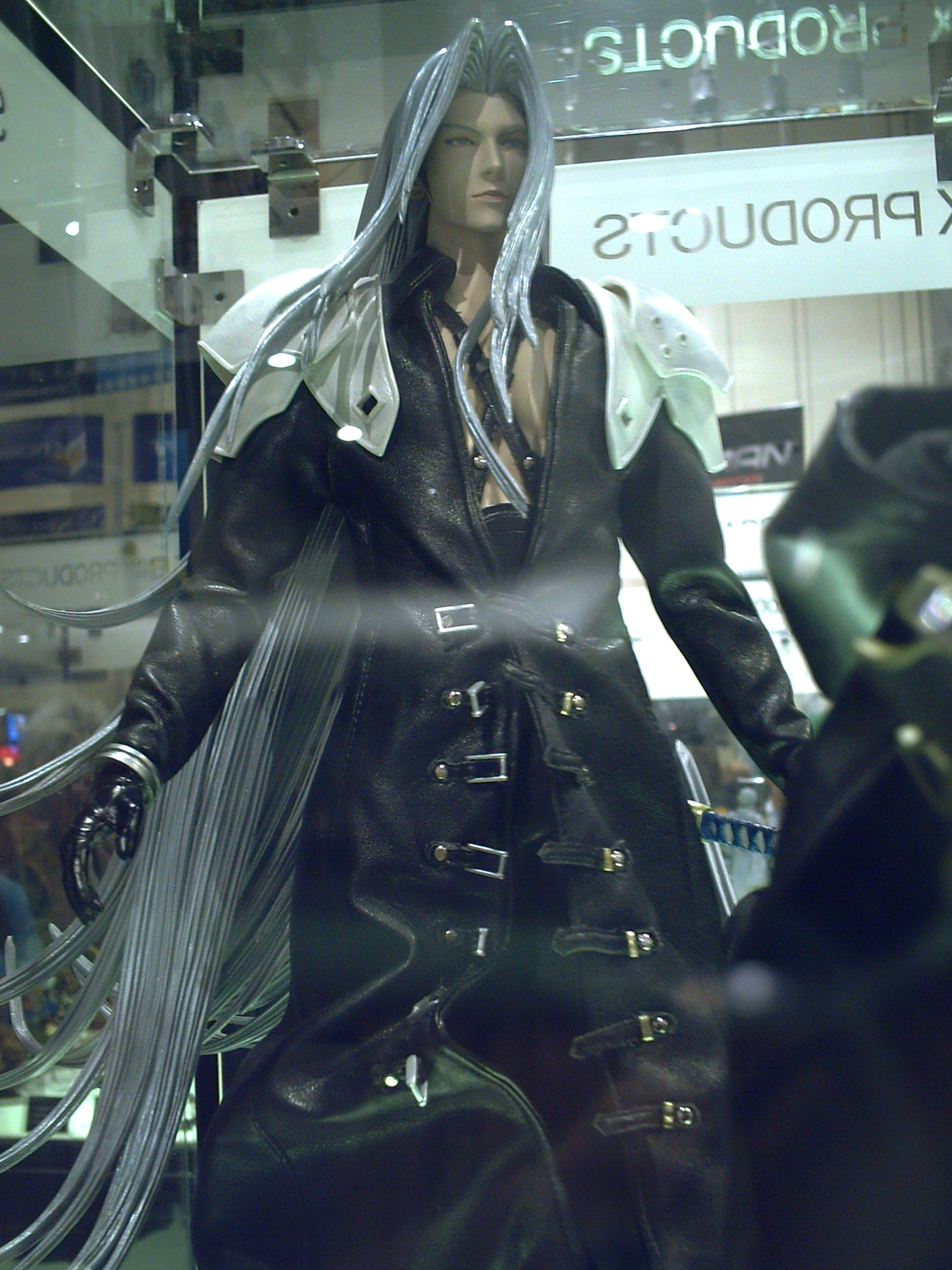 This figure of sephiroth was exhibit for thirt time in comic-con...this picture was of CC 2008 but they also show it in CC 2007 and the first time in CC 2006 (that year they didnt let us take any picture D3D)....this figure was one of the most view by the people....(besides that they didnt have an impresive boot ¬¬)
I was so hard taking the picture, because everybody was taking pictures besides...all those flashes....but in the end it come like this...I did my best UxU

Trishler
I'd like to have it because He's really beautiful. Unfortunately, He's sooo expensive....>_<
hace 11 años