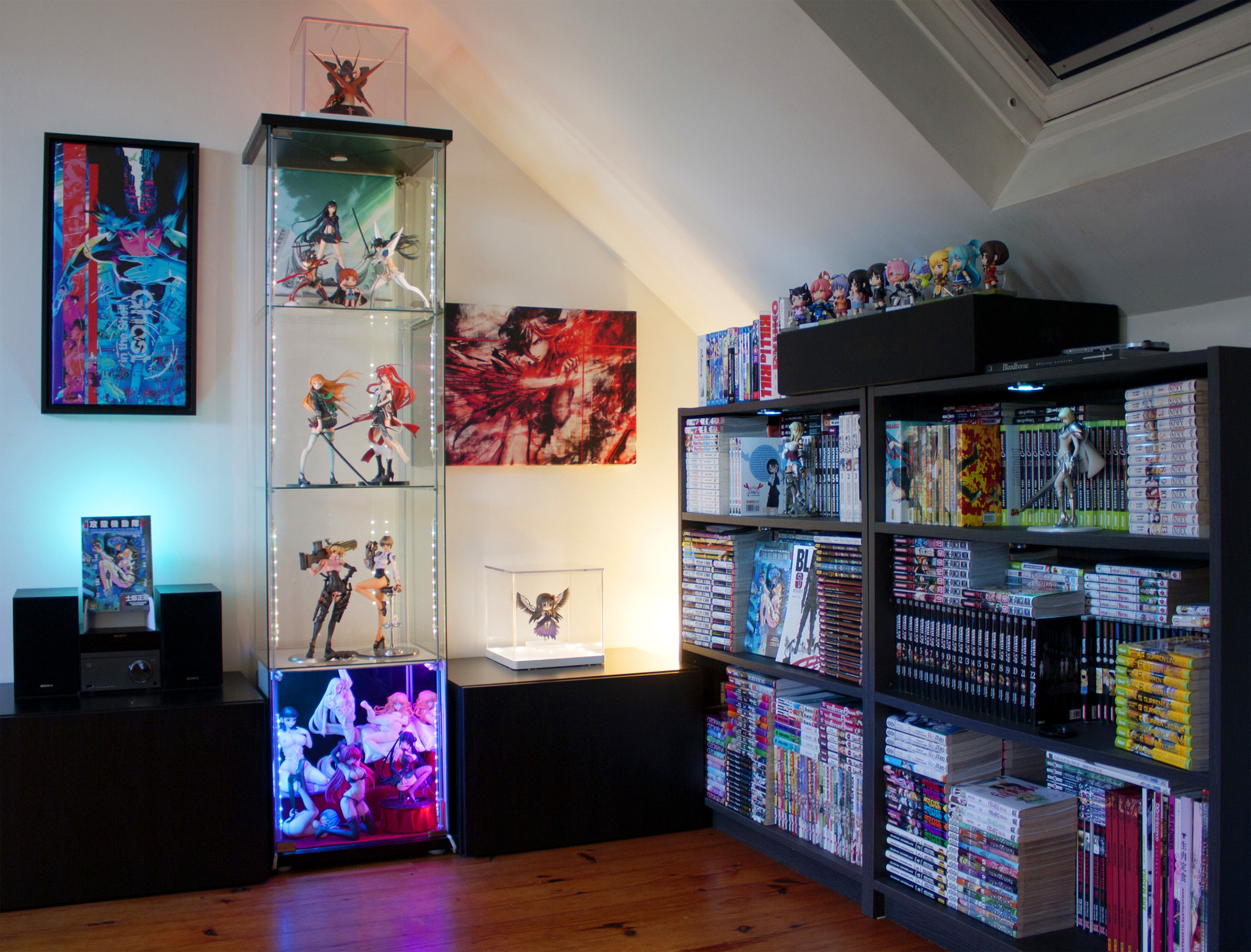 RNewey20
Very nice, I love this picture it looks simple but packs a punch
hace 2 años

BVibes
Nice and clean setup, I especially like the black background on the last detolf shelf
hace 2 años

insanecha
Really nice, and clean display. I like how you placed everything so that they kind of have their own 'spotlight.'
hace 2 años

Miaeka
Kassalis • hace 2 años • #30901013It was an attic a long time ago, now it's my bedroom. It looks small on this picture but it is just a corner of the room.
I like this idea of a hidden sanctuary though :)

The whole idea really appeals to me because (assuming that) the rest of your house is ordinary, nobody would suspect your hobbies and think you're an average fellow and you can invite over colleagues and stuff, but then B O O M

im only 18 now, but when I live on my own one day I'll like to have "designated rooms": where each room has its own theme that's confined to that room only. I'd like an anime/figure collecting room and a gaming room but I can't think of anything else rn lol
hace 2 años

Kassalis
Miaeka • hace 2 años • #30900371If this is an attic, that's the best fucking attic I've ever seen. It's like a hidden treasure or sanctuary in your house.
It was an attic a long time ago, now it's my bedroom. It looks small on this picture but it is just a corner of the room.
I like this idea of a hidden sanctuary though :)
hace 2 años

Kassalis
deamont • hace 2 años • #30900215Love the figures and that poster I want that ghost in the shell poster
The GitS artwork is on a framed canvas. It's originally a limited print by Martin Ansin. Even though the originals are REALLY beautiful they are quite expensive (around $500 on Ebay).
I made mine using the web site Photobox and the best picture I could find onfine. It does not have those stunning iridescant reflections but it was way cheaper.
hace 2 años