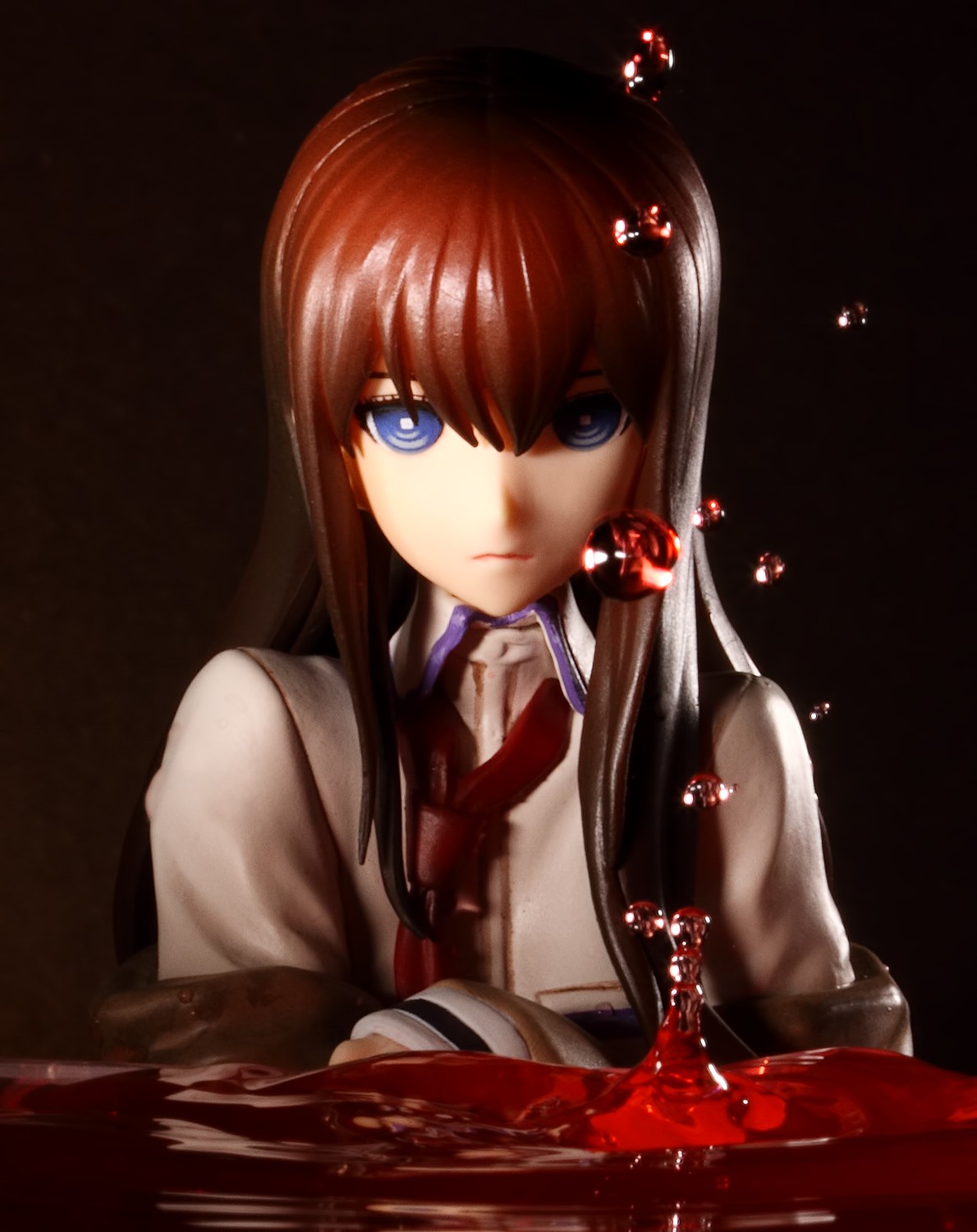 Victoryfraud
This is truly awesome, i can't even begin to describe how awesome this awesome picture is. Did i mention that this picture is awesome?
hace 7 años

Tier
Master7ZeroWhere is she from, and yes that's a sweet pic.. Is the figure really in water?

She's from a visual novel game called Steins;gate by a company called 5pb. It came out on the PC and the Xbox 360, which for some strange reason is the console of choice for Japanese visual novels, beach volleyball games, 2D shmups and wife simulators. I think I recall hearing that Steins;gate is getting an anime adaptation soon.

Nah, she's actually right behind the tub of water; the splash is occurring right at the edge of the Tupperware container.
hace 9 años

Master7Zero
Where is she from, and yes that's a sweet pic.. Is the figure really in water?
hace 9 años

Mona_sama
Great shot! I like the floating effect of the water. ^o^
hace 9 años

divinelight
amazing.
and I fave over the water and the droplets
hace 9 años

UnlimitedCodes
Amazing! It looks like the waterdrops aren't falling down but they're floating up!
hace 9 años
Ver más comentarios