band58hace 2 días
For the second time ever, I am happy to announce that I have completely saved up for all of my current preorders! Currently, I have 16 un-paid preorders ranging from nendos, to scales, to bunny figures and they all total roughly $2k.

It feels like every other day we're joking about our wallets being empty, not eating for figures, and the type of loans we can take to pay for a figure. And believe me, I would willing sell my kidney for ITEM #1687397. But every once in a while I think it's important to step back and reflect on how crucial it is to save up for figures and not actually resort to any organ-selling situations.

Figure collecting is actually what got me into finances! I started collecting during my senior year of high school and, with my part-time job, started saving up for figures. After buying my first figure, ITEM #198359 , I noticed pretty quickly that my parents and a few friends were critical of me spending so much money on figures and decided to make figure-collecting full proof!!

In my head, if I justified to friends and family that I wasn't completely wasting my money, then they had no reason to object to my figure collecting! So I set some ground rules for myself and a way to track my progress. I hadn't watched any finance videos before and at 17, had no idea what was really good or bad advice for a high school student with a part-time job also trying to save up for college -- so I just tried my best. I created a spreadsheet to help keep track of costs, websites, and when a figure was being released, I opened an MFC to track figures I wanted to save up for, and I made a pretty cut-and-dry policy on how to spend my money: every week I had to put $100 towards my college savings and I could NEVER save more money for my figures than I did for college in any given week.

The second part still holds true, I never allow myself to put away more money for figures than I do for my savings. Because of this rule, I find myself saving up for figures being released in a year just because I've gotten ahead of my preorders! Also, I tended to start saving up smaller amounts each week rather than large amounts that would start to cut into my necessary spending.

Being able to save up for figures so far in advance gives me so much joy. When a figure nears release, all I am thinking about is the anticipation. I spent so much time saving for it that all I can do is anticipate its arrival. It feels like a reward for all of my efforts in saving. I feel proud.

And now, here we are. I've completely saved up for all of my figures until November 2023, even factoring in an over-estimated shipping cost just to be safe. Although I'll probably be right back to saving up again with WonFest right around the corner, it feels important to recognize these types of milestones in a hobby that does have such a fixation with price tags.

guavalacroix
Nice work! Collector spaces tend to be really blasé about the finance aspect so I always appreciate people pushing back on that and talking about it openly. It’s a sensitive topic when people come to this site from all different backgrounds and reasons to collect, but it’s very true that almost anyone can budget in the way you described and it takes a lot of the stress out of the equation.

Back when I was really broke and still pretty financially ignorant, I’d save up pocket change for trading figures and stuff like that after I realized that I just couldn’t afford to spend more on the hobby at the time. I think sometimes there’s a lot of pressure on people without a lot of expendable income to just take the preorder on a figure they really want because it feels like the only chance they’ll have to get it. Now that I’m a little older and wiser I’ve learned to approach the hobby with more patience and that eliminated any temptation I ever had to spend money I didn’t actually have in the bank.
hace 2 días

RomeosBlueStar
Well done; your responsibility has paid off. <3
hace 2 días

RPG_FAN128
Congrats and nice article! I'm the type of person who likes to save up for something before buying it. And well, it turns out I guess this unwritten rule has applied for my preorders as well. :)

Either way, when you have the money saved it's so stress free it is absolutely lovely.
hace 2 días 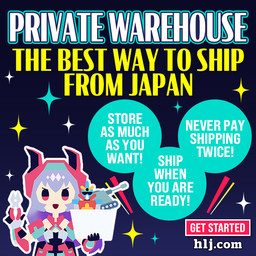